2018 saw the introduction of the aptly named Borley/Reid Cup to be presented to the winning Association of the annual ISA v CAS Tennis Fixture. Emma Borley and Colin Reid have both been outstanding long-term contributors to ISA and CAS Tennis respectively.

Emma originated from Redlands and convened the ISA Tennis Competition for a total of 9 years. In addition, she held the long-standing role of ISA Representative Tennis Convenor for 11 years. In 2010, Emma was awarded an ISA Service award for her invaluable contribution, development and promotion of ISA Tennis.

Colin was a teacher at Barker College for over 30 years and in his time at school, was Head of the Tennis program. Colin was also the CAS Tennis Convenor for a similar time period showing his dedication and commitment to the sport. He enjoyed extending his role by continually supporting the boys at many Pizzey Cup Tournaments.

The 2018 ISA v CAS Tennis fixture was a fabulous day.  Although the rain had threatened overnight and into the morning, players and staff arrived early and helped to sweep and roll the courts of any surface water. The wind came up which helped to dry the courts to get underway only a few minutes late.

The day began well with it looking like it was going to be a close result following the doubles matches, but as the singles progressed, it became obvious that, even though we played with huge heart, the boys from CAS were far stronger. Mark van der Velde is to be congratulated on being our only player to win both his singles match (for the second year in a row) and join with Isabella Podesta to win their doubles match.

ISA and CAS would like to thank Emma Borley and Colin Reid for attending this fixture to present the inaugural Borley/Reid Cup to the winning team. 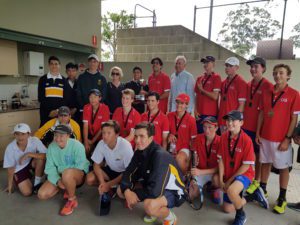 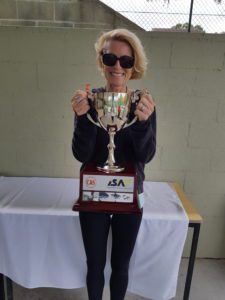